skip to main | skip to sidebar

The end of private health insurance?

I generally don't mix politics with medicine, but I ask you to consider this article from Investor's Business Daily published July 15, 2009:

It didn't take long to run into an "uh-oh" moment when reading the House's "health care for all Americans" bill. Right there on Page 16 is a provision making individual private medical insurance illegal.

When we first saw the paragraph Tuesday, just after the 1,018-page document was released, we thought we surely must be misreading it. So we sought help from the House Ways and Means Committee.

It turns out we were right: The provision would indeed outlaw individual private coverage. Under the Orwellian header of "Protecting The Choice To Keep Current Coverage," the "Limitation On New Enrollment" section of the bill clearly states:

"Except as provided in this paragraph, the individual health insurance issuer offering such coverage does not enroll any individual in such coverage if the first effective date of coverage is on or after the first day" of the year the legislation becomes law.

So we can all keep our coverage, just as promised — with, of course, exceptions: Those who currently have private individual coverage won't be able to change it. Nor will those who leave a company to work for themselves be free to buy individual plans from private carriers.

From the beginning, opponents of the public option plan have warned that if the government gets into the business of offering subsidized health insurance coverage, the private insurance market will wither. Drawn by a public option that will be 30% to 40% cheaper than their current premiums because taxpayers will be funding it, employers will gladly scrap their private plans and go with Washington's coverage.

The nonpartisan Lewin Group estimated in April that 120 million or more Americans could lose their group coverage at work and end up in such a program. That would leave private carriers with 50 million or fewer customers. This could cause the market to, as Lewin Vice President John Sheils put it, "fizzle out altogether."

What wasn't known until now is that the bill itself will kill the market for private individual coverage by not letting any new policies be written after the public option becomes law.The legislation is also likely to finish off health savings accounts.

Washington does not have the constitutional or moral authority to outlaw private markets in which parties voluntarily participate. It shouldn't be killing business opportunities, or limiting choices, or legislating major changes in Americans' lives.

A blogger from Maine, participating in a conference call with the President, said he kept running into the above article that claimed Section 102 of the House health legislation would outlaw private insurance. He asked: “Is this true? Will people be able to keep their insurance and will insurers be able to write new policies even though H.R. 3200 is passed?” President Obama replied: “You know, I have to say that I am not familiar with the provision you are talking about.”
Posted by denverdoc at 1:28 PM 8 comments:

I wrote some time ago about a medication called Bystolic, a beta-blocker used for hypertension and irregularities in heart rhythm. Beta-blockers also have been used for years to calm the body manifestations of anxiety such as a racing heart, and they are, therefore, useful for stage fright. I have several lawyer/patients who use beta-blockers when they must speak in court. Another patient was having panic attacks that were difficult to diagnose as they manifested with symptoms quite similar to TIAs. After completing a detailed cardiac work-up, I put her on a small dose of Bystolic (2.5 mg. or 1/2 of the smallest available tablet) which controlled both her attacks and her blood pressure.

Here is an e-mail I received from Cheryl on her experience:

I have been using Bystolic for over a month. I love it. Not only is it controlling my anxiety and fast heart rate, my blood pressure is down and I have a generalized good feeling. Things don’t get me worked up like before. And, I’m breaking the 5mg in half. I did have to stop taking it in the evening because my sleep was restless. But, I start my day with a cup of coffee and half a Bystolic and it’s a good thing. I was reluctant after trying samples of Diovan that almost killed me. (Yuk on that one….Poison*).

If I had known how great I would feel on Bystolic, I would have taken it a long time ago. I’m not a pill-popper and dodge it, but this works! I am a health freak and have fought taking meds, but my doctor prescribed it for my racing heart. The benefits make my life happier and healthier.

*This is Cheryl's reaction to Diovan. It often works well for others, and is a good drug for hypertension.

Labels: Heart health, The mind and its matter

My dear friend is dealing with enormous post-op pain following a prolonged surgery for a bowel blockage. She's still in the IV drip phase of pain control, snowed under by varying doses of ketamine, hydromorphone, and methadone. The surgical team has called in anesthesia and the pain team to help manage her case, so we are once again dealing with multiple docs who, we hope, are more than less keeping in touch with one another.

Ways to control pain that don't require swallowing pills are important to surgical pain control as well as in situations where oral meds aren't tolerated or aren't enough. I was interested, therefore, to learn today about Onsolis, newly approved by the FDA, as an entirely new approach to the problem. Onsolis uses BioErodible MucoAdhesive (BEMA®) drug delivery technology to deliver Fentanyl across the tissues of the inner cheek into the bloodstream. Up until now, Fentanyl has been available as a skin patch which sometimes causes local irritation and occasionally results in overdose if patients apply heat to the body area on which the patch is stuck.

Gotta be careful with these heavy duty narcotics though, they are not for the uninitiated or narcotic naive patient whose liver is not muscled up for processing these drugs. I once had a patient with dreadful arthritis in her neck. She was prescribed morphine for pain control, and in an effort to be painfree, took way more than she tolerated and died in respiratory arrest. For patients like my friend, however, who have been using narcotic analgesia for some time and cannot reliably use or absorb oral meds, this little patch may be a great boon to their comfort.
Posted by denverdoc at 11:08 AM 1 comment:

Of cockatiels and trumpets 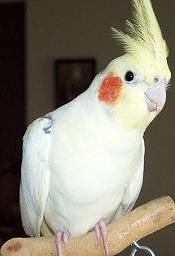 Some of my patients are 'difficult' insofar as I am stumped as to what they need and how to improve their health situation. One such customer was a middle-aged lady plagued with pain, poverty, and depression. She was a large lady, and part of each appointment was spent in the slow walk from the waiting to the exam room which she negotiated one tedious step at a time with the help of two canes. She always arrived with copious pencil-written notes about her days spent doing little other than getting by.

What her notes never included, however, were tales of her cockatiels. Who knew she raised birds? I certainly didn't. I'm not sure how it even came up, but once we discussed her birds, everything seemed to change. She still came armed with those torn notebook pages full of complaints, but she was also the person who brought pictures of her birds and their tiny little-finger sized hatchlings. She was now, for me, the bird lover who struggled with pain rather than just the pain.

Yesterday's new patient was a nervous young man who at 23 had an engineering degree and spent his working days making sure that the calculations made by his firm on bridge design were correct. I remember a magazine article on school standards (and their increasing laxity) that asked the reader whether or not they would care to drive across a bridge designed by someone in the lowest quartile of their engineering class. My first impression of this fellow was that he'd be a good one to have beneath the bridge upon which we drive with nary a thought as to its safety.

At the end of the physical, I asked him if he planned to go on to a higher degree in engineering. He answered that he felt that engineering was going to be the job that supports his real loves in life, namely playing the trumpet. I'd like, I thought, to drive across bridges designed by this engineer who plays the trumpet. No need anymore for either of us to be nervous.
Posted by denverdoc at 10:22 AM 3 comments:

Please check out my other blogs:
Doc of Ages
Menopause Moments

Healia® - your search for health